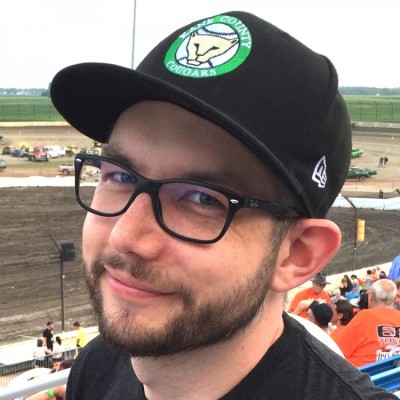 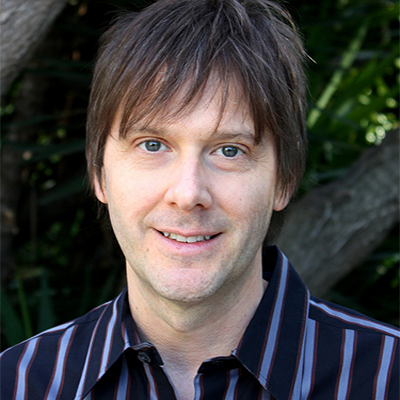 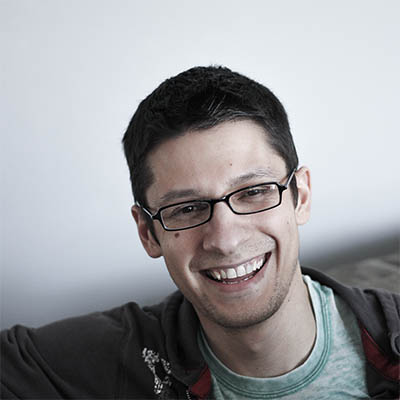 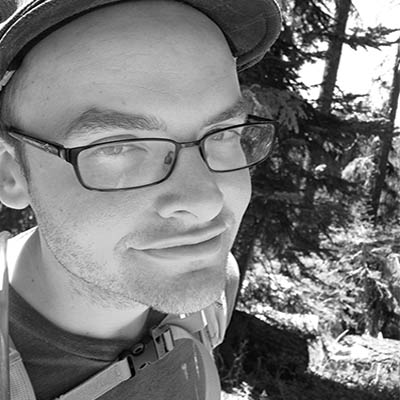 “Having our early prototype of Progress getting recognition from the IndiePlus award gave us a needed extra push of motivation.”

“It was a pleasure to be part of IndiePlus last year and a great honor to have my little game reviewed by industry veterans. Kudos to FunPlus for getting involved in the indie scene and offering tiny developers like myself this opportunity.” 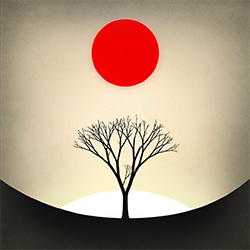 It’s really great to see FunPlus promoting up-and-coming indie mobile games. It’s an incredibly tough space to get noticed, so the extra attention is much appreciated! 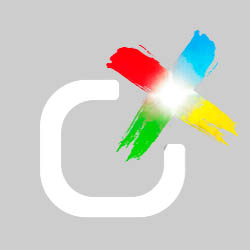 “In addition to its winners, FunPlus would like to recognize some unique submissions that were incredibly compelling including: Divide by Sheep by TinyBuild, Skiing Yeti Mountain by Featherweight, Mucho Party by GlobZ, Gathering Sky by A Stranger Gravity, Magenta Arcade by Long Hat House, and Feed My Alien by Promineo Studios. Mr. Jump by 1Button SARL reached over 5M downloads its first week of release!”

PLEASE READ THESE TERMS AND CONDITIONS CAREFULLY PRIOR TO ENTRY. NO PURCHASE IS NECESSARY TO ENTER OR WIN.

THE “FUNPLUS INDIEPLUS CONTEST 2016” PROMOTION IS SPONSORED BY FUNPLUS INTERACTIVE USA INC. (“FUNPLUS”). THIS PROMOTION IS GOVERNED BY THESE OFFICIAL RULES (“RULES”). BY PARTICIPATING IN THIS PROMOTION, YOU AGREE TO ABIDE BY THESE RULES, INCLUDING ALL ELIGIBILITY REQUIREMENTS, AND UNDERSTAND THAT THE RESULTS OF THE PROMOTION AS DETERMINED BY FUNPLUS AND ITS AGENTS, ARE FINAL IN ALL RESPECTS. THE PROMOTION IS SUBJECT TO ALL FEDERAL, STATE AND LOCAL LAWS AND REGULATIONS AND IS VOID WHERE PROHIBITED BY LAW. THIS PROMOTION IS OPEN TO USERS WHO ARE 18 YEARS OF AGE OR OLDER AS OF THE ENTRY DATE, AND IS ONLY OPEN TO STUDIOS THAT ARE (1) COMPRISED OF THIRTY (30) OR FEWER EMPLOYEES AND CONTRACTORS AND (2) OWN AT LEAST SEVENTY-FIVE (75) PERCENT OF THE INTELLECTUAL PROPERTY AND GAME BEING SUBMITTED AS PART OF THE PROMOTION. VOID IN NORWAY, QUEBEC, NORTHERN IRELAND, BELGIUM, SWEDEN, ITALY, INDIA, U.S. VIRGIN ISLANDS, U.S. MILITARY BASES OVERSEAS AND IN PUERTO RICO. FUNPLUS’ EMPLOYEES, CONTRACTORS AND ADMINISTRATORS ARE NOT ELIGIBLE.

You can enter the following way: http://indieplus2016.funplus.com/.

All submissions must be in a completed, playable form on either iOS and/or Android. Funplus will require a minimum of eight (8) and a maximum of ten (10) total builds of all submissions via either TestFlight or HockeyApp (no pure .ipa/.apk files allowed).

Games will be judged on how well they leverage the global mobile platform in creating “fun.” This includes innovation in design, tech, sound, multiplayer and how these positively affect the player experience on a mobile device. Great games should “feel” native to the platform the user will be playing on. We believe this is key to success on mobile, and are looking for the best example of this philosophy across the contest submissions. The panel of celebrity judges will select one (1) Grand Prize winner and two (2) Runner-Ups by a supermajority vote.

Ten (10) finalists will be announced on Tuesday, March 1, 2016, and three (3) winners will be announced at Funplus’ GDC Party on Tuesday, March 15, 2016 in San Francisco. Finalists should be able to physically attend our GDC Party (travel at own expense). If they cannot, they can elect a representative to receive the award (actual award transfer to be arranged separately). There will be a total of three (3) winners following the end of the Promotion Period. The odds of winning depend upon the number of entries received.

The confirmed winners will receive the following prizes: Grand Prize winner will receive US$10,000; Runner-Up No. 1 Winner will receive a LenovoY50 Gaming Laptop valued at US$1,4000, and Runner-Up No. 2 will receive a 64GB iPad Air 2 valued at US$600. Each winner will also receive unique glass or metal, laser engraved trophy, with all three (3) trophies having a combined value of US$1,000. Funplus reserves the right to change the prize to one of equal or greater value, and may award the prize as a gift card, at its sole discretion. Funplus makes no representation or warranties concerning the appearance, safety or performance of the prize awarded. The prizes are non-transferable and are not redeemable for cash.

By entering, except where prohibited by law, you are granting Funplus permission to announce your name, city, state, biographical material and entry content in any media in perpetuity for advertising and publicity purposes. Collection and use of a winner’s information is governed by Funplus’s Privacy Policy, which may be found here: http://www.funplus.com/privacy_policy/. This promotion, the use of any Funplus website, forum or game and Funplus’s use of any contestant submitted content is also governed by the Funplus Terms of Service, which ma be found here: http://funplus.com/tos/.

If the promotion is not capable of running as planned, Funplus reserves the right at its sole discretion to cancel, terminate, modify or suspend the promotion and select winners form among all otherwise eligible entries received prior to the cancellation. Persons found tampering with, attempting to “game” the promotion, tampering with the promotion in any way whatsoever to gain an unfair advantage, violating the fair play or spirit of the rules, or abusing any aspect of this contest will be disqualified. Funplus reserves the right to correct any typographical, printing, computer programming or operator errors, including without limitation computer errors that erroneously award prizes. Decisions by Funplus are final and binding in all matters related to the promotion.

INDEMNIFICATION AND LIMITATION OF LIABILITY

By entering the promotion, you agree to indemnify, release and hold harmless Funplus and its affiliates and subsidiary companies, including without limitation, Funplus’s administrators, advertising and promotional agencies, attorneys, and all their respective officers, directors, employees, representatives and agents from any liability, damages, losses or injury resulting in whole or in part, directly or indirectly, from that entrant’s participation in the promotion and the acceptance, use or misuse of any prize that may be won. Funplus and its parent, affiliate and subsidiary companies do not make any warranties, express or implied, as to the condition, fitness or merchantability of the prize. Funplus and its parents, subsidiaries, affiliates, advertising and promotional agencies, and all their respective officers, directors, employees, representatives and agents disclaim any liability for damage to any computer system resulting from access to or the download of information or materials connected with the contest.

To obtain a winners list up to 120 days after the promotion end date, please reference http://indieplus2016.funplus.com/.

Q: I do not qualify for the IndiePlus Contest. Are there other FunPlus opportunities I might qualify for?

Don’t fret! Although it is a total bummer you won’t be able to compete this year, take a minute to check out PublishingPlus at http://publishingplus.funplus.com/ or our FunPlus website at http://www.funplus.com/ for information on additional opportunities you may be interested in.

Q: What happens after the submission deadline?

Starting February 27, 2016 all submissions will be reviewed and the top 10 finalists selected. The finalists will be announced on March 2, 2016. From there, our fantastic panel of judges will select the winners. The IndiePlus Awards will be presented at the FunPlus GDC Party on March 15, 2016, and all finalists will be invited to attend.

Q: What if I am a finalist and can not make it to the IndiePlus Awards ceremony?

Although all finalists are encouraged to attend, we understand that it may not be possible to do so. We do ask you be available via Skype for the announcement. Prizes for winners who do not attend in person will be sent within 30 days.

Q: How will I know if I am a finalist?

The finalists will be notified directly by email. Finalists will be listed on http://indieplus2016.funplus.com and will also be announced via the @funplusgames Twitter, Facebook, and Instagram.

Q: When is the deadline for 2016 submissions?

Q: When does the 2016 IndiePlus Contest end?

The 2016 IndiePlus contest officially ends March 15th, 2016 at 9:45 PM Pacific with the announcement of the winners at the 2016 FunPlus GDC Party in San Francisco.

Q: Can I enter if my game is not on the mobile platform?

Sorry, but the 2016 IndiePlus contest is only accepting submissions on the mobile platform.

Editor in Chief at TouchArcade

Eli Hodapp is the wizard behind the curtain of TouchArcade, the #1 iOS games site on the Internet. He’s been drinking from the fire hose of mobile game releases since before the App Store even went online, and now spends his days playing as many iOS games as humanly possible while managing the similarly insane crew of TouchArcade writers. From his throne atop TouchArcade Towers, Hodapp has a unique perspective on the App Store that has come from years of watching what resonates within the TouchArcade community as well as the wider App Store marketplace as a whole. He’s played a part in covering every iOS gaming trend that has come and gone, and can’t wait to be on the front lines of whatever the next incredibly-popular thing will be. In his spare time, Eli is a huge WWE smark who loves questioning his life decisions as he stands in line for limited craft beer releases in the Chicago area.

Most recently, Mark has been in the public eye as the lead system architect of the PlayStation 4 hardware, but over the course of his three decades in video games he has primarily worked to create game software. Mark has contributed as game designer, programmer, producer, and director, in arcade games and in console games, and in the U.S. and Japan. As a member of the Atari he created the hit arcade game Marble Madness, and at Sega he oversaw the creation of Sonic the Hedgehog 2. While president of Universal Studios’ game division, he worked a variety of production and design roles on the Crash Bandicoot and Spyro the Dragon series on the original PlayStation. In 1998 Mark established Cerny Games as a consultancy, and has since participated in the creation of the Jak & Dexter and Ratchet & Clank series on PlayStation 2, the PlayStation 3 titles Resistance: Fall of Man, Resistance 2, Uncharted: Drake’s Fortune, God of War 3 and Killzone 3, and the PlayStation 4 launch title Knack, on which he served as director. In 2004 the IGDA honored Mark with its Lifetime Achievement Award, calling him a master collaborator and a jack-of-all-trades. In 2010 the Academy of Interactive Arts & Sciences inducted Mark into its Hall of Fame as its 13th member.

Joel McDonald is an independent game designer focused on making beautiful and interesting games. Joel comes from the AAA game industry where he worked on a number of big titles including Call of Duty and Wolfenstein. In late 2013 Joel decided to throw away his promising career in the AAA world and strike out on his own. In 2015 Joel released his first indie game, Prune, which went on to garner TIME Magazine’s Game of the Year, as well as Apple’s iPad Game of the Year.

Asher Vollmer is a game designer best known for designing the minimalist iOS puzzlers Threes! and Puzzlejuice. He learned his trade by spending ten months at thatgamecompany and four years at the University of Southern California. Asher helped create two IGF Student Showcase winners: The Misadventures of P.B.Winterbottom and Spectre. He can, to this day, tell you the solution to every puzzle in every adventure game that he’s played since childhood.

Andy Zhong is cofounder and CEO of FunPlus. Prior to founding FunPlus in 2010, he was VP of Engineering and Product at TheGameNet.com and, before that, served as engineering director and product management lead at RockYou. This was preceded by engineering positions at Ask.com and Oracle. Andy began his career as a research engineer at Bell Laboratories. He holds a Master’s degree in Computer Science from Maharishi University of Management and a Bachelor of Science degree in Computer Science from Dalian University of Technology.